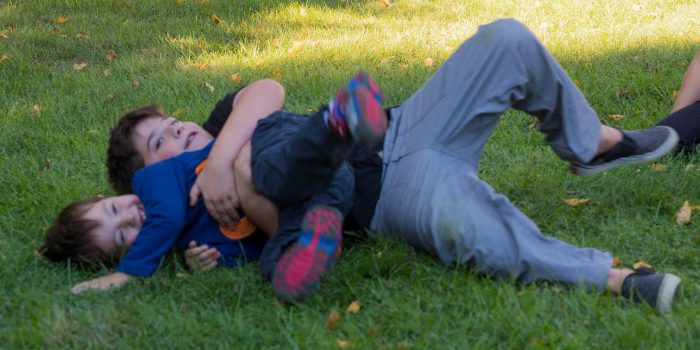 Okay, why does it matter who hit more home runs or who has more strikeouts? Also, who cares who ran to the car first or who saved up more money?

I don’t know about you, but my kids compete on everything. Whether it’s sports, grades, friends, or just simple things like who got more ice cream in his cone.

My boys are 26 months apart and I know they love each other fiercely, but they also try to beat each other on every single activity they do. I remember my sister and I competing over things too, even over things that were silly.

Sometimes, it really gets on my nerves. We’ll be driving in the car and an argument will break out about something like who grew armpit hair first, and it will turn into a back and forth thing the whole way to school. My stereo doesn’t go loud enough to drown it out.

This can become incredibly frustrating when it comes to sports. It seems to be a particular hot spot with my boys when the topic of their sports skills comes up, and they will argue about who’s the better hitter, who throws harder, or who’s been in more all star games. I try to downplay any skill advantages one son may have over the other, but at the same time I like to give praise for achievements when they’re earned. 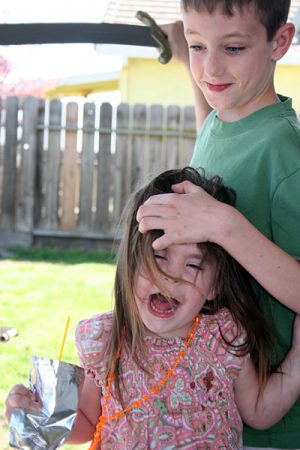 "Siblings: Your only enemy you can't live without."

According to this article by Dr. Sylvia Rimm, Ph.D, there can be effects from sibling competition, especially in close-aged, same-gender children. She says that you should try to avoid labeling, like saying, “He’s my athletic child and he’s my smart child”, because it may cause underachievement for kids in areas they don’t feel they excel in.

It can be difficult for a younger child to have to follow in the footsteps of a very talented older sibling. But, it can be even harder when the younger one is the more talented one. I try to encourage my kids to support each other in sports and other areas so they will get used to seeing each other’s talents. Luckily, they like to go out in the yard and throw the baseball around, which also gives them an opportunity for great conversation and bonding. 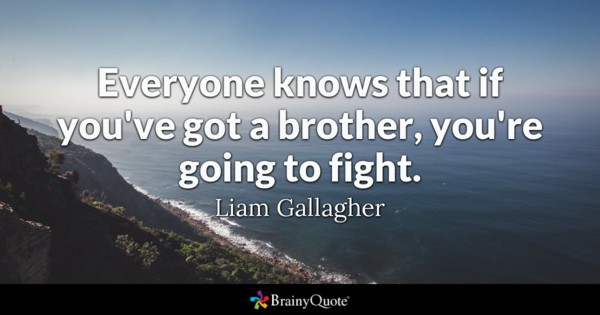 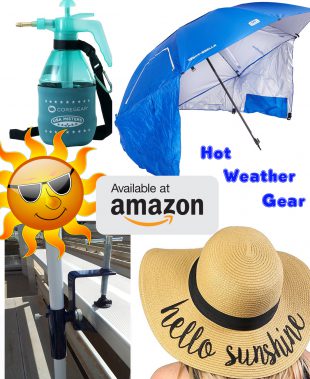 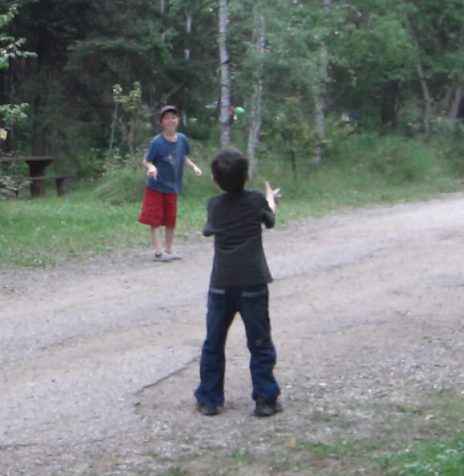 I feel like some level of sibling competition can be good for kids’ development. The world is a competitive place and they need to see that things don’t come easily and you have to work for them, and you will most likely have to challenge another person someday in your work life. It’s really no different than competing with other people as long as the love and respect remain, and it doesn’t turn into physical fighting.

Speaking of fighting, my sister and I used to have plenty of our own MMA matches and I’m sure a lot of that came from competitiveness. My poor mother had to referee so many of our bouts, that I’m now convinced I’m being paid back by having two boys who argue non-stop. Well, maybe not “non-stop”, but it sure seems like it sometimes.

Luckily, now that my boys are teens the physical stuff has subsided, but the verbal sparring remains to drive me insane. Maybe I should just give them some boxing gloves.

Sibling rivalry has always been a part of normal development in families with multiple children. There have been stories, movies, and songs written about it. Plenty of information is available online for anyone who may be having extra difficulty managing it in their family, but just know that it’s completely normal for your kids to be debating endlessly over who has tighter abs, and who was taller in third grade.